Every living thing needs a period of rest. I know I’m pretty grouchy if I don’t get in my full 8 hours. Well, just like me, plants require their own chance to get a little shut-eye. Most people don’t realize that during the summer, plants actually grow at night after a long day of photosynthesis. New research on circadian rhythms in plants has shown that the night-time growth of plants is completely under the control of their biological clock. That means they have to wait until the days get shorter — and generally colder — to get a well-deserved rest period. For gardeners and growers, that usually means dealing with several months of dormancy when plants either stop growing or in many cases, lose their leaves entirely, just as many trees do. Some plants will even form a rootless winter bud or hibernaculum. 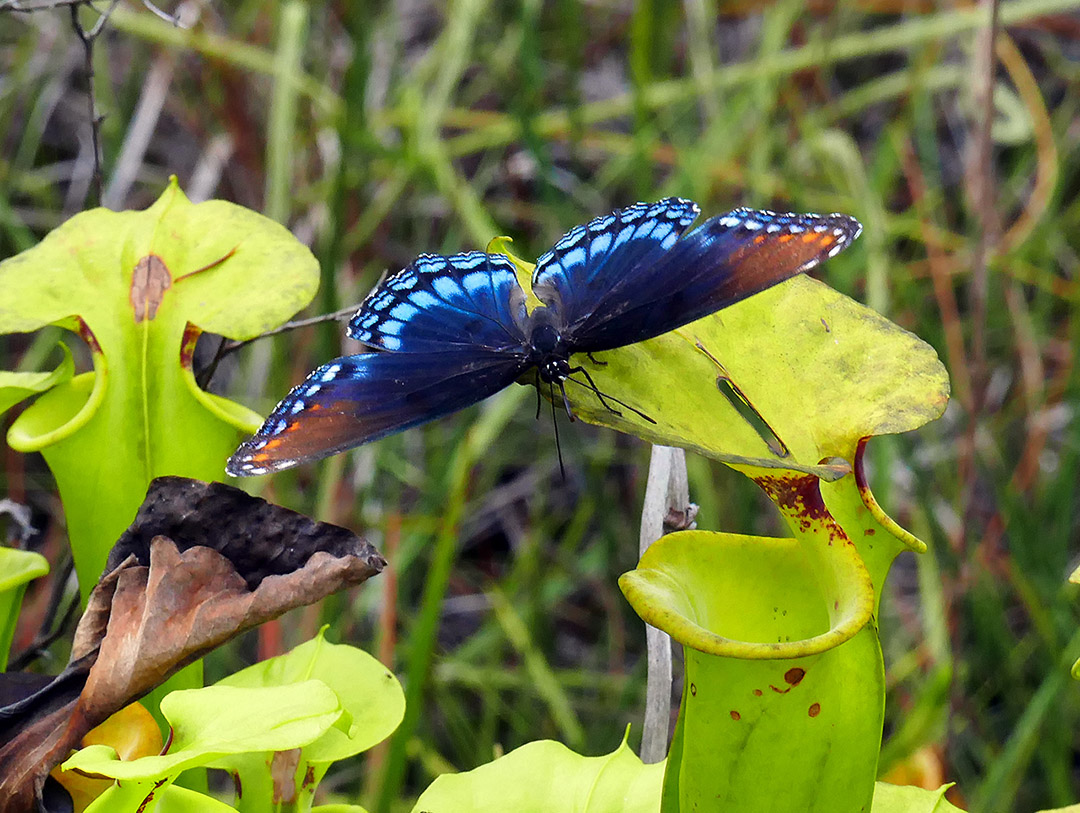 For those of us who grow carnivorous plants (CP), it can be frustrating, just sitting around until your collection “wakes up” and puts on a show for us again. Most North American pitcher plants (Sarracenia species) will appear to die off; their leaves turn brown and may wither away. This occurs mostly in the tall species, such as flava, alata, oreophila, rubra and leucophylla. The species that grow lower to the ground, like purpurea, rosea and psittacina usually keep their summer leaves over winter as long as conditions aren’t too harsh. In their natural range, the tall species may put up modified leaves called phyllodia at the start of winter and these will persist until new carnivorous leaves begin to grow after or along with spring flowering. If given protection from frost, Sarracenia minor will often keep its summer leaves through the winter months as well. 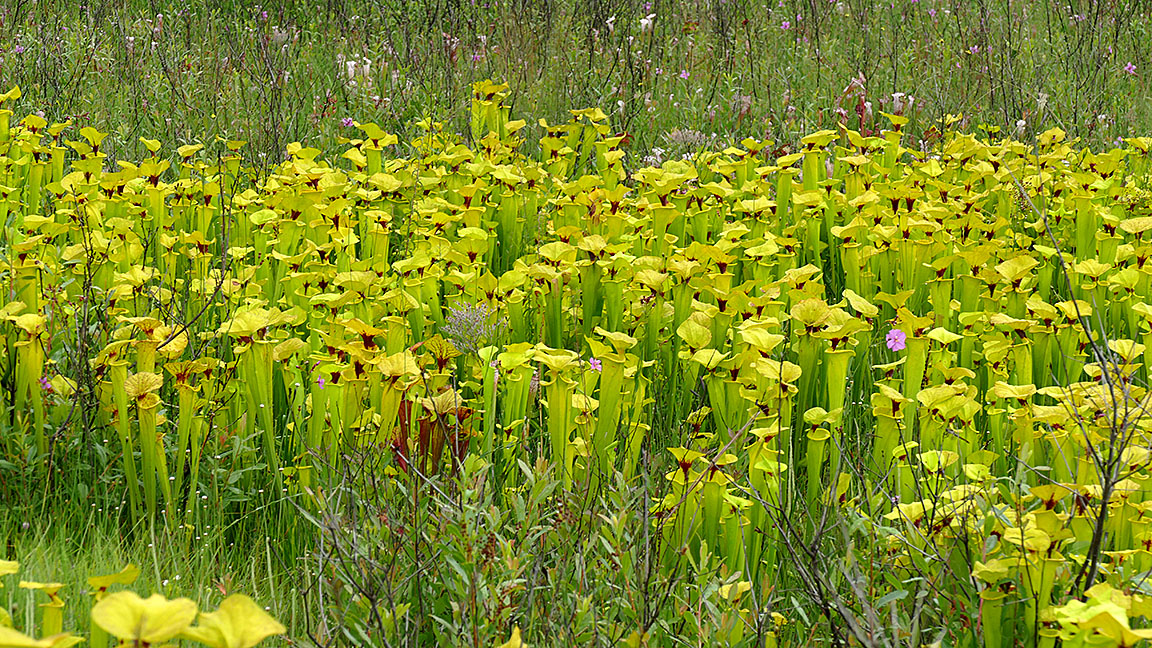 Many sundews (Drosera species) will either stop growing or put up compact winter leaves. Some species, such as intermedia, filiformis and rotundifolia will produce a true winter bud to carry them through the winter. If you don't look close, you might think they are dead, but they're just resting. Others, like capensis and adelae will actually continue to grow if given milder conditions, such as indoors under lights or in a heated greenhouse. The Australian pygmy sundews are often at their best during the winter months in protected environments, as are the tuberous species. Pygmies produce what are called gemmae, which are bud-like structures produced in the center of the sundew’s rosette and each one is capable of growing into a new plant. These are the only carnivorous plants I am aware of that are capable of reproducing in this manner. Tuberous Drosera are not easy to come by yet, so I have not had the opportunity to observe them during the winter months. 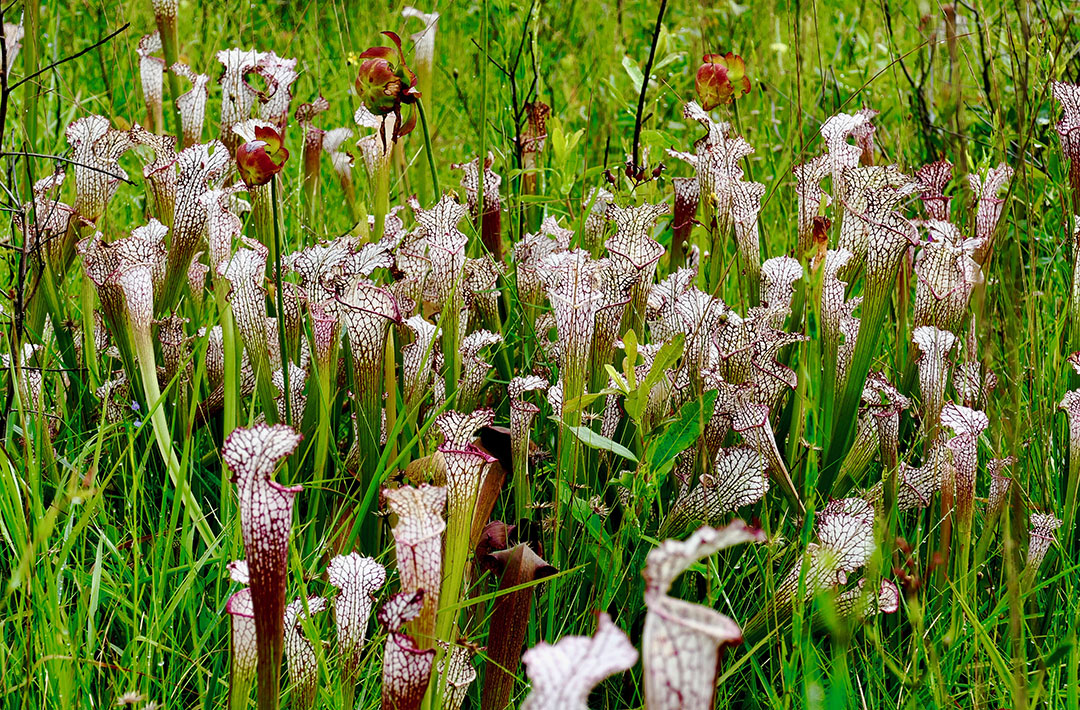 Most Pinguicula species — in particular, those from Latin America — form small, attractive winter rosettes that can look like miniature succulents, while northerly species, such as P. vulgaris will form tiny hibernaculum. Our North American species, such as planifolia, lutea, primuliflora and caeruleatend to keep their leaves over the winter months and are often the first CP to flower in the late winter to early spring. Given protection from the elements, such as in a terrarium under lights or a heated greenhouse, they may even continue to grow well into winter and only stop growing for a brief period. This makes them excellent specimens to grow pretty much year round. Though small, P. pumila grows fast from seed and can handle surprisingly low temps, so a pot full of these is well worth having. 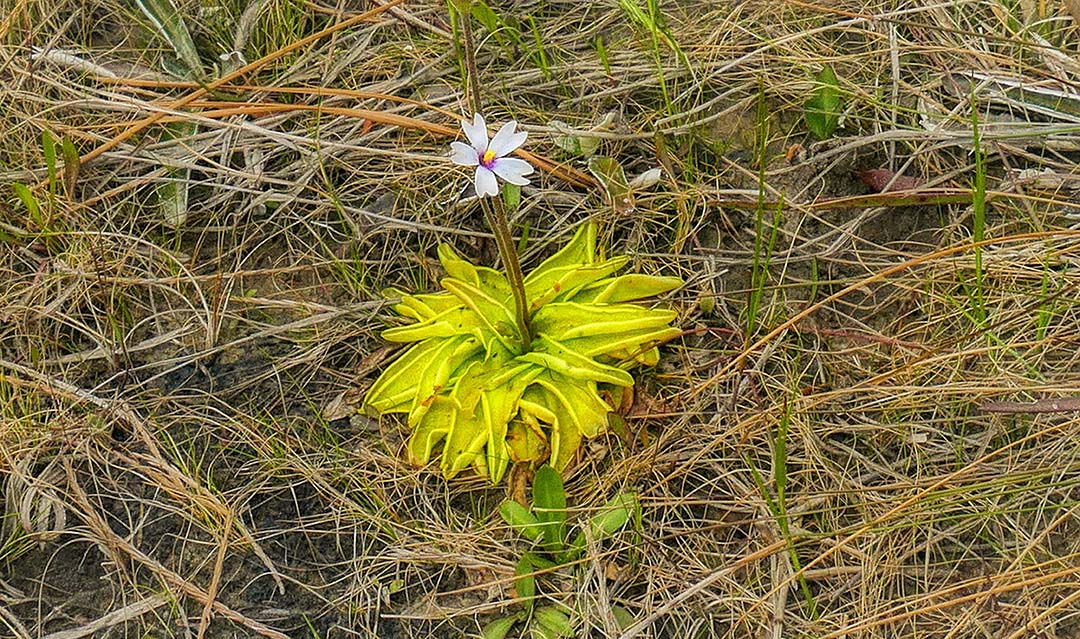 I don’t have the space to grow Nepenthes, but most simply slow down during the winter months and do not produce pitchers. Many species do have very attractive (and often quite large) leaves, which would be a nice thing to have in a climate controlled environment. There are lowland species which require mild to hot conditions all year, while most highland species require mild to cool temperatures. These plants are confined to the south Pacific region and will only thrive in conditions similar to their native environments, though selective breeding has produced some hybrids (such as N. x miranda) that do well in a wider range of climates. If you have the room, these can be very rewarding — and quite spectacular. 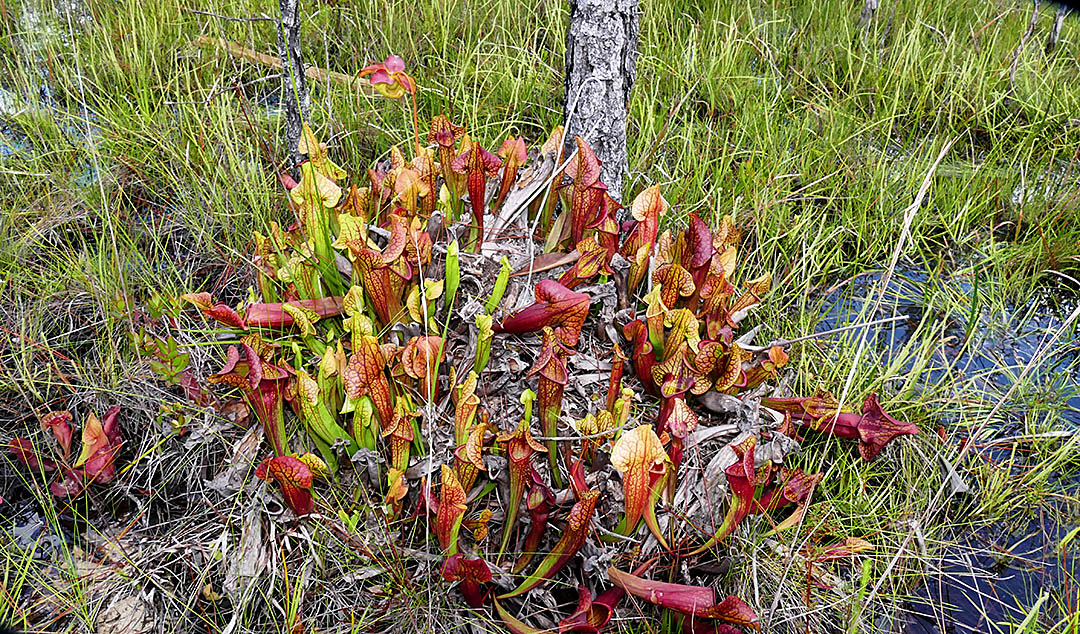 The novice grower may have some difficulty maintaining carnivorous plants over the winter. In general, most require drier conditions while resting. The Mexican Pinguicula species in particular require almost no watering when in their succulent-like winter stage, and nothing will kill them faster than over-watering. My best advice is to do your research. The internet is full of information on carnivorous plants, so set aside a few hours and see what the experts say about winter care. There are a number of excellent forums on Facebook and other sites which are great resources for those new to growing CP. 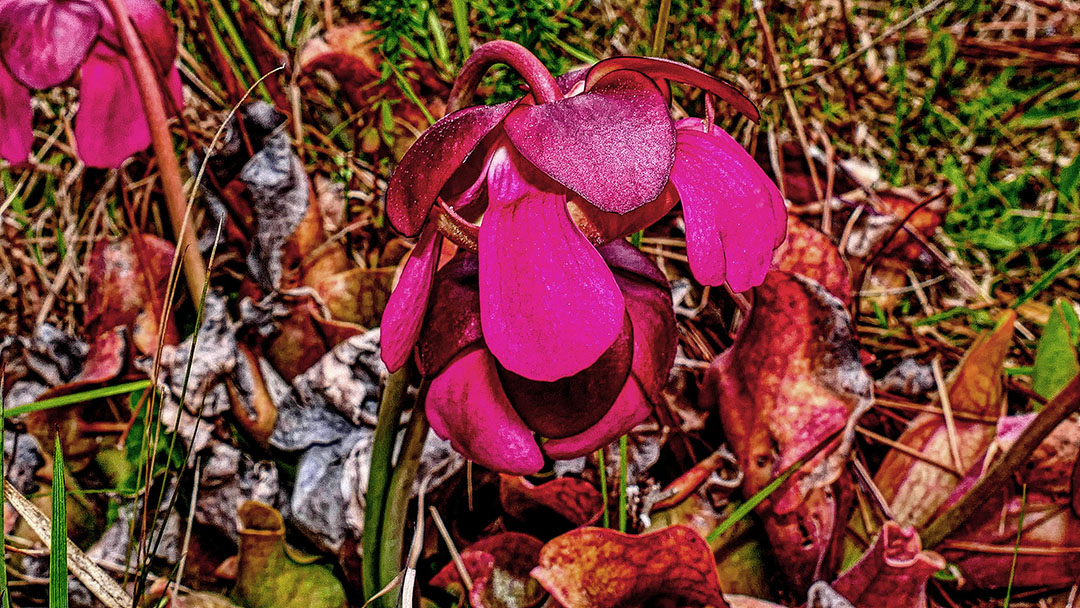 The bottom line is that, with a little bit of planning and research, almost all CP enthusiasts can have some plants to keep them company through even the harshest of winters. Those of you lucky enough to have basements or climate-controlled greenhouses can create a nearly perfect environment for a wide array of species. I used to grow Darlingtonia years ago when my family had a basement and they grew like crazy under lights with regular misting during the winter months. In any case, it’s a great feeling when you see that first flower or new leaf appear in the spring, and well worth the wait! 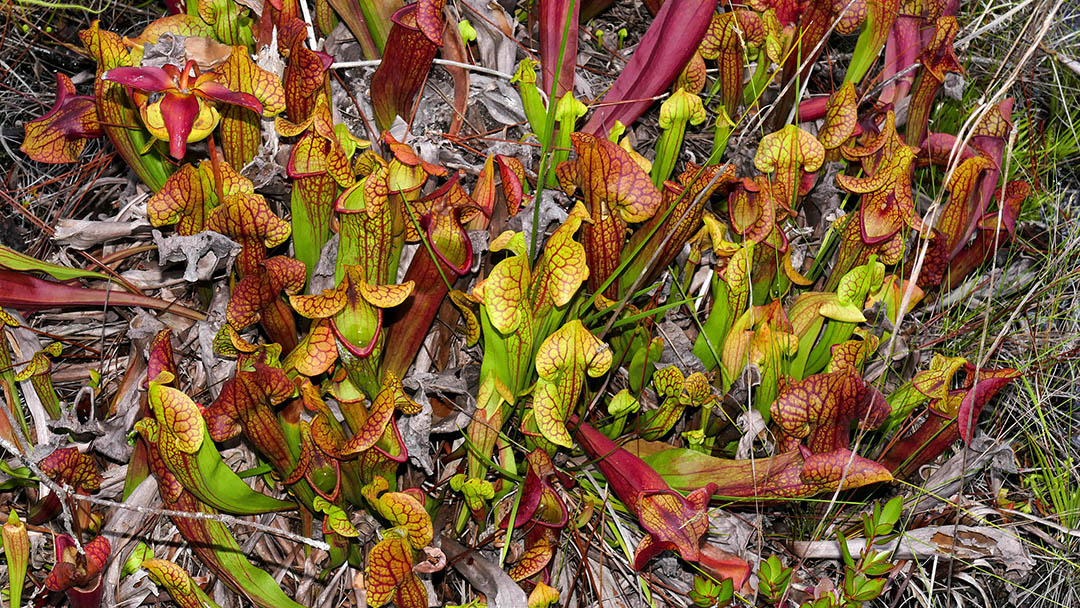 ALL PHOTOS BY MICHAEL REIF