Carnivorous Plants are native to many of these amazing United States.  One such state is California. On a recent trip to Siskiyou County I found beautiful lakes where Darlingtonia californica was growing wild. 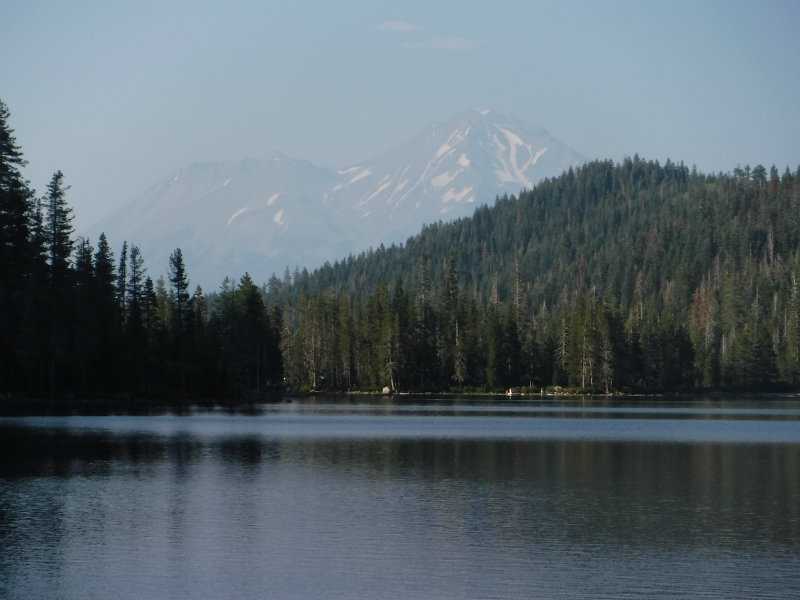 I was completely surrounded by beautiful wilderness on the quest for Darlingtonia.  Once again, a giant volcano loomed in the distance.  At 14,180' , Mt. Shasta is the crown of the Cascade Range in California.

A glacier carved this lake.  Because of the action of the glacier it is over 100' deep at one end and less than 10' at the other. 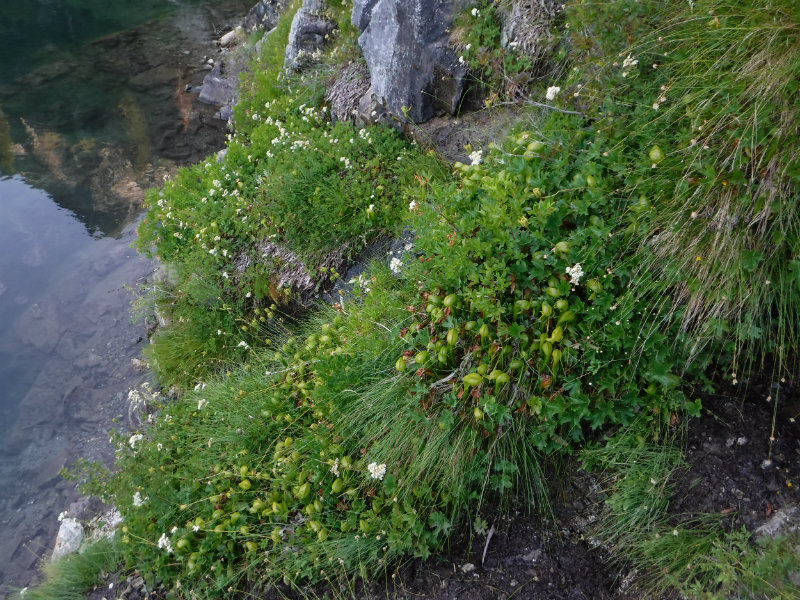 On the very steep hillside leading into the deep end of the lake I found Darlingtonia californica. 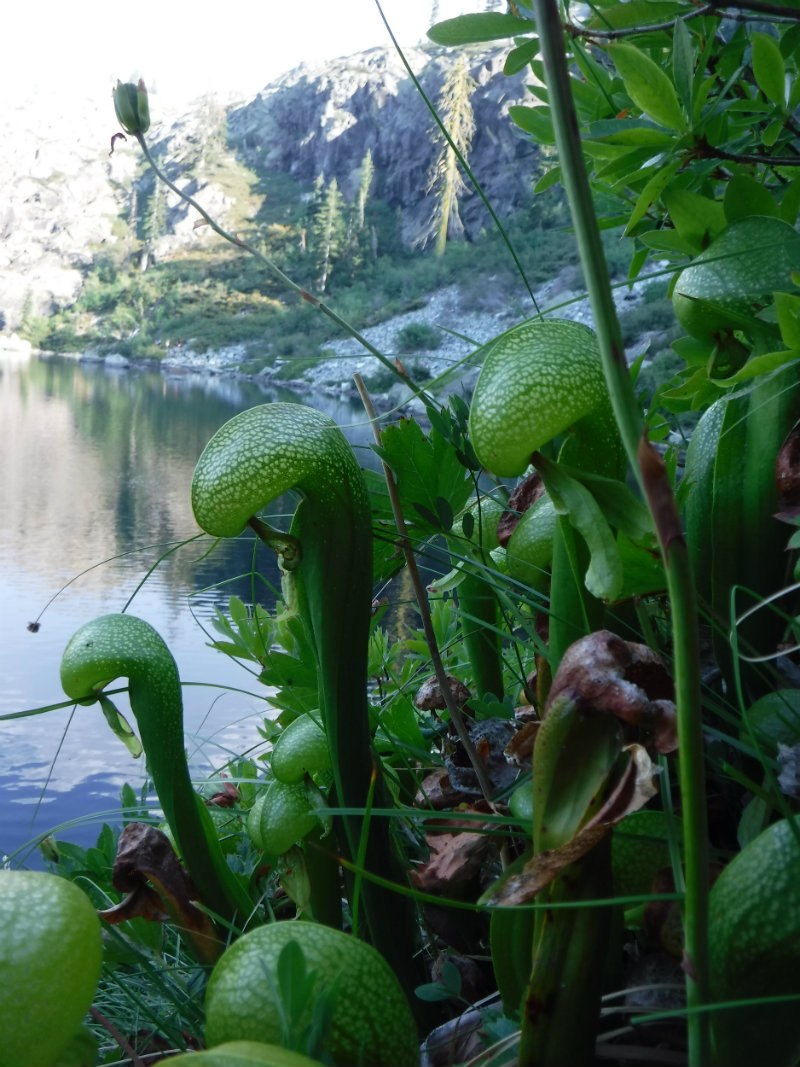 The Darlingtonia are growing along a seep than runs down the hillside and into the lake. 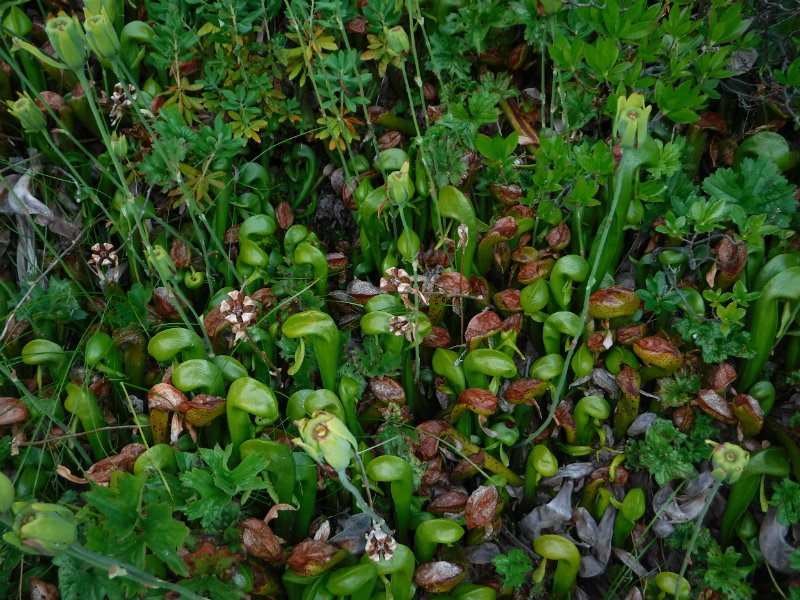 The Darlingtonia are isolated to one small area. 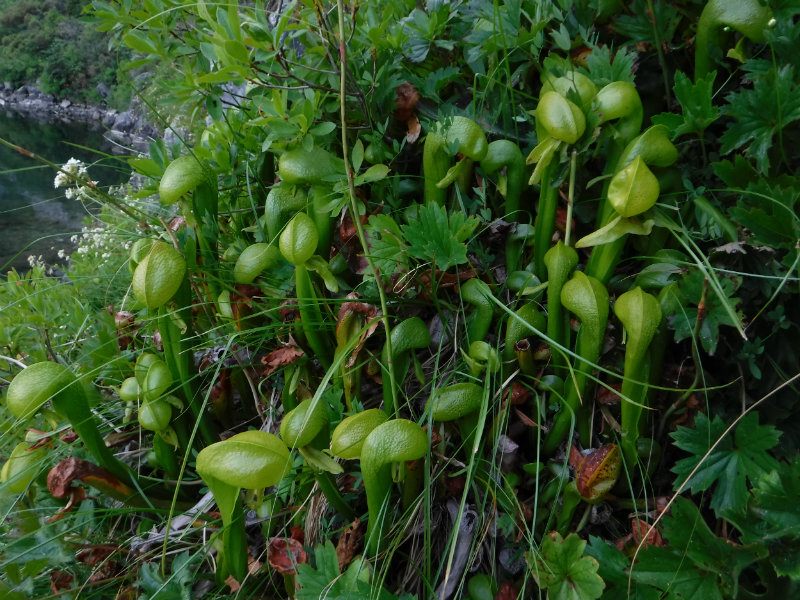 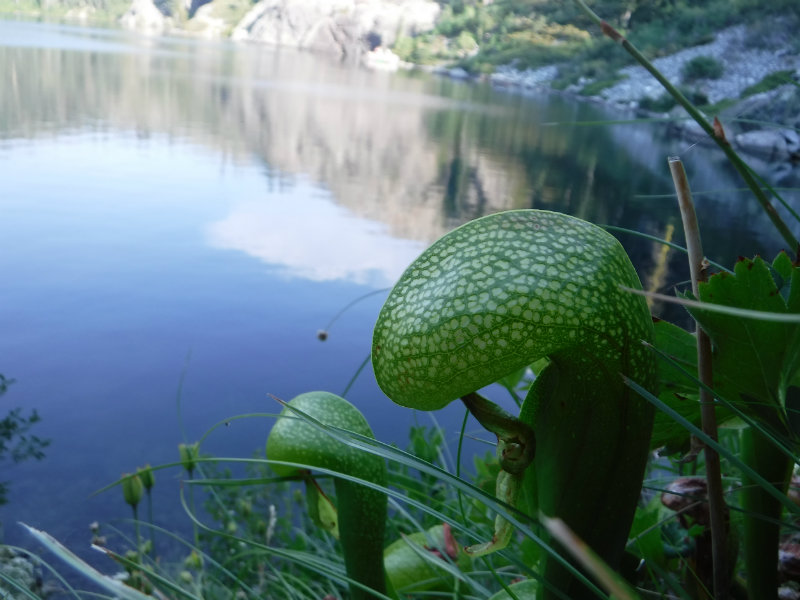 The views of Darlingtonia beside the lake were unbelievable! 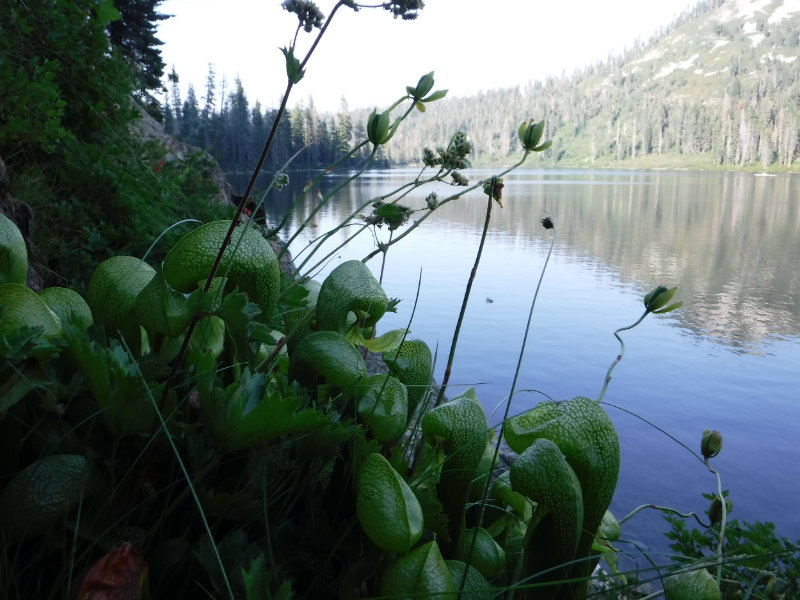 I caught the Darlingtonia just after the flower petals had dropped and the seedpods had begun to ripen. 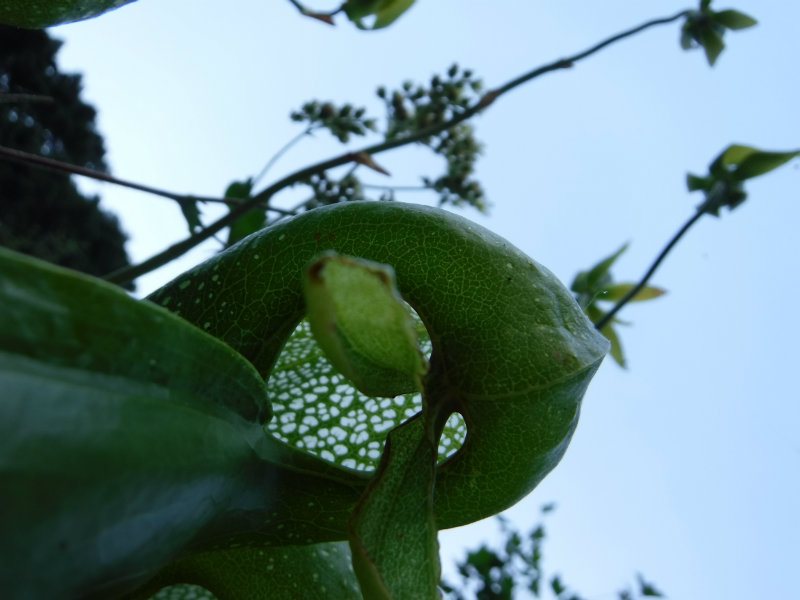 A must have perspective anytime you encounter Darlingtonia. 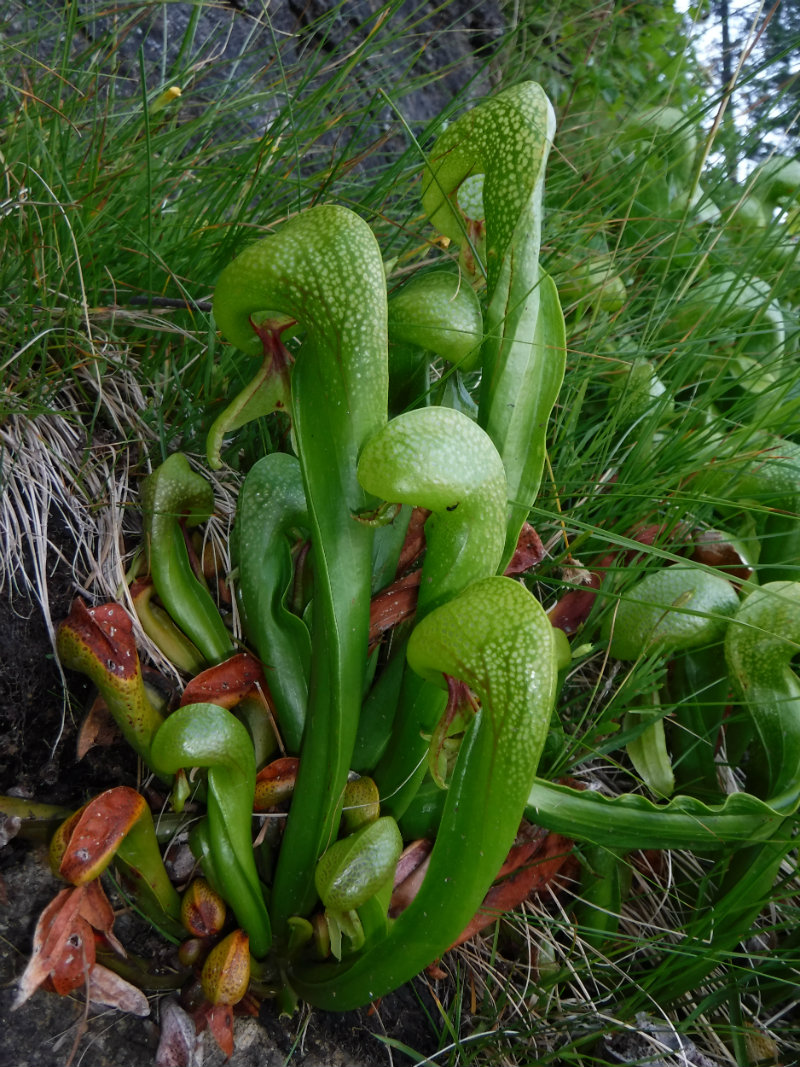 The red splotch of the Cobra's tongue.

On the precarious trail along the steep hillside I stumbled upon Misumena vatia, the Golden-Rod Crab Spider biting a Yellowjacket in the face as it came to visit the flower. 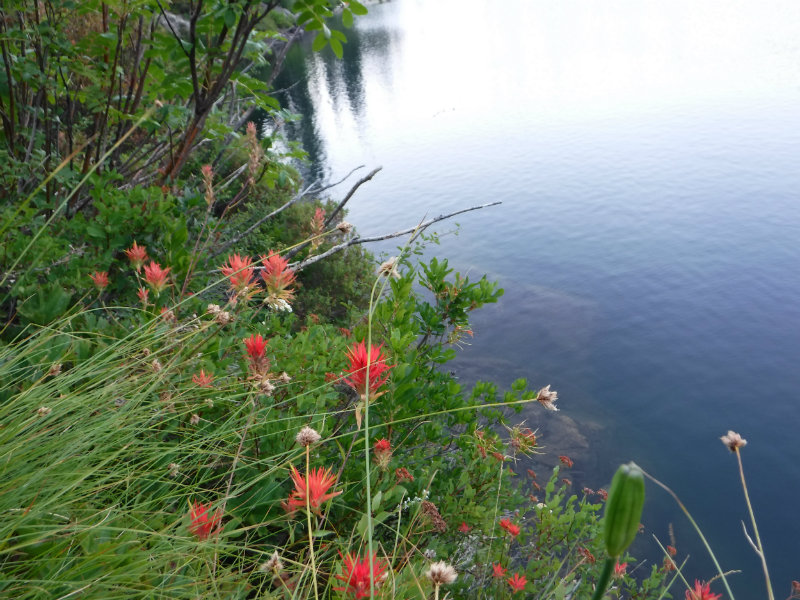 13 miles down the road I explored another lake where I found a population of Darlingtonia californica.

This lake was very shallow all along the sides.  The water was only chest height nearly 50' into the lake. 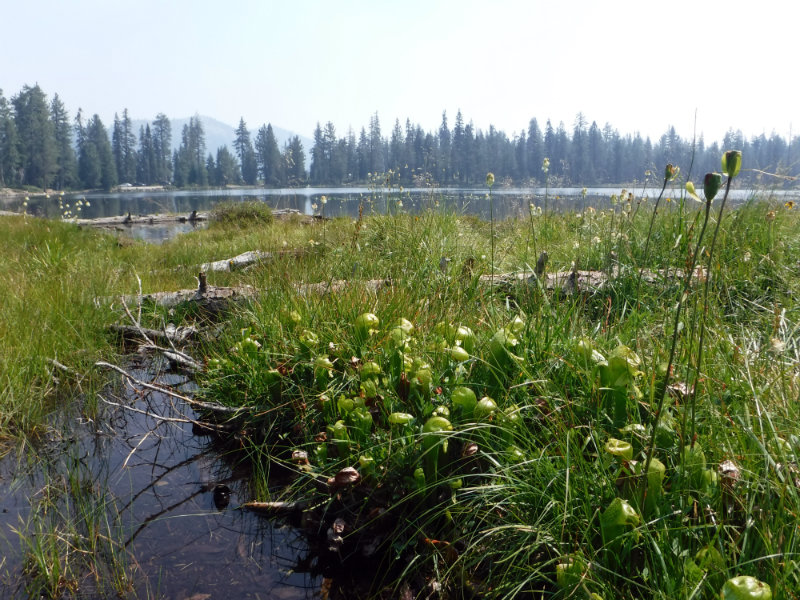 There was a seep flowing down the hillside and entering the lake.  The sign of prime Darlingtonia habitat. 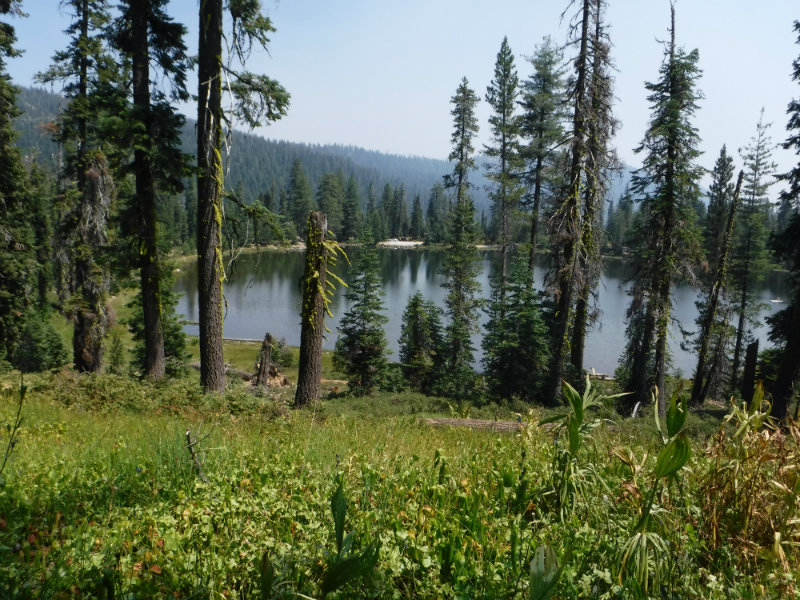 The seep emerged about 100' up the hillside and the Darlingtonia grew from there all the way down to the lake. 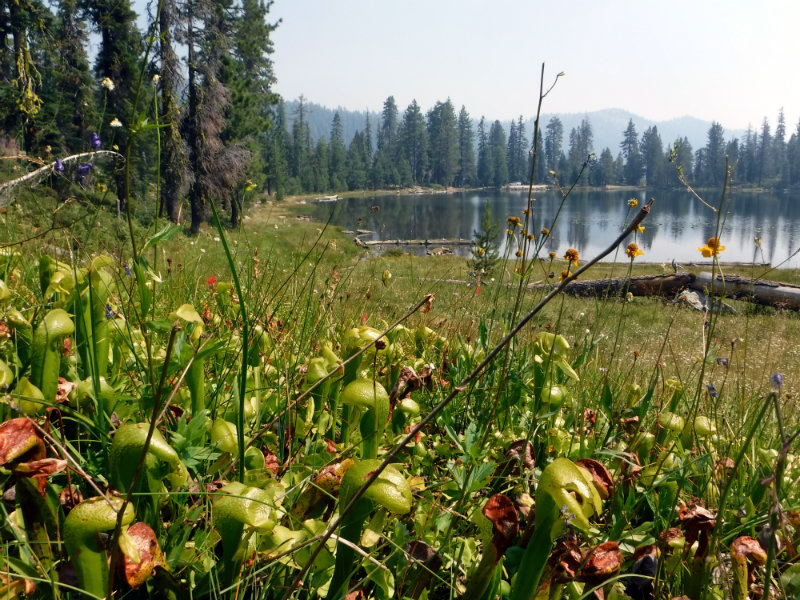 Like the first lake the Darlingtonia here are pretty "beat up".  You can see the dented and torn pitchers here.  These were not on the main trail like the previous lake so I'm not sure what is causing so much damage.  It must be bugs and bears. 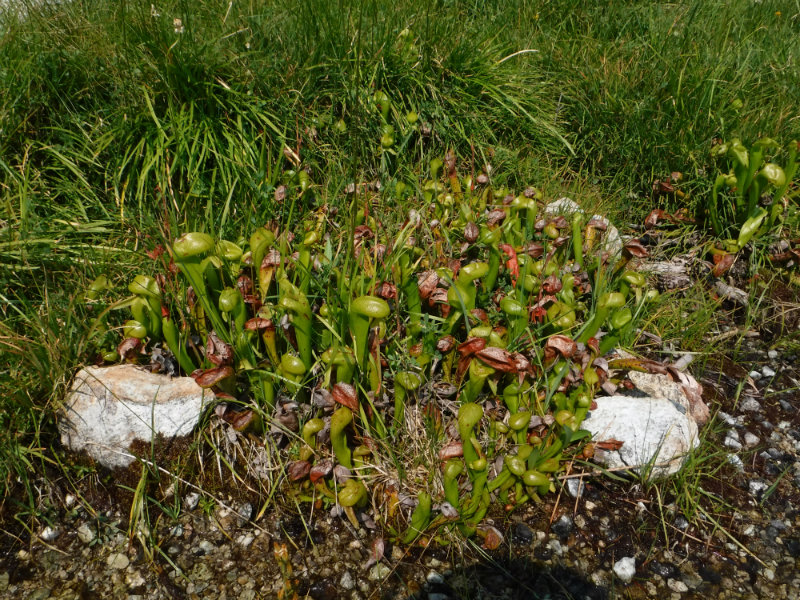 There were still some very nice clumps of plants. 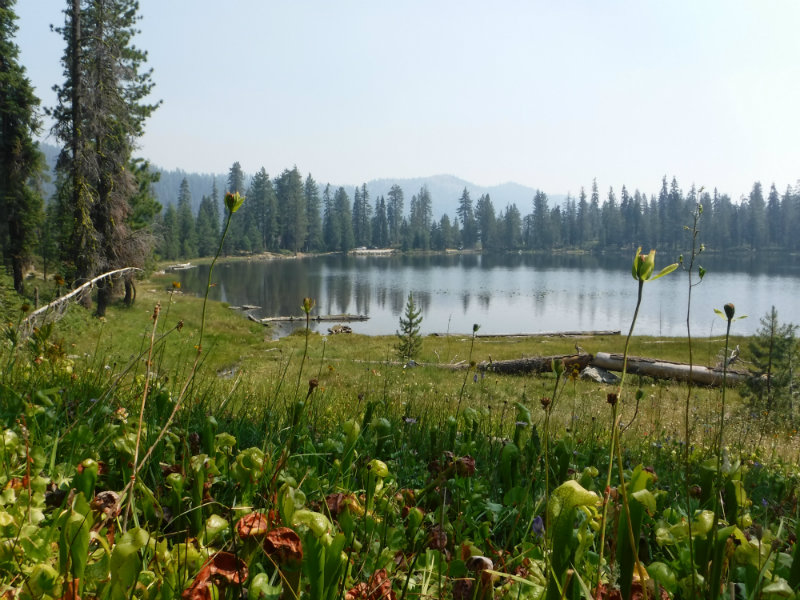 The views of Darlingtonia and the lake were mind blowing! 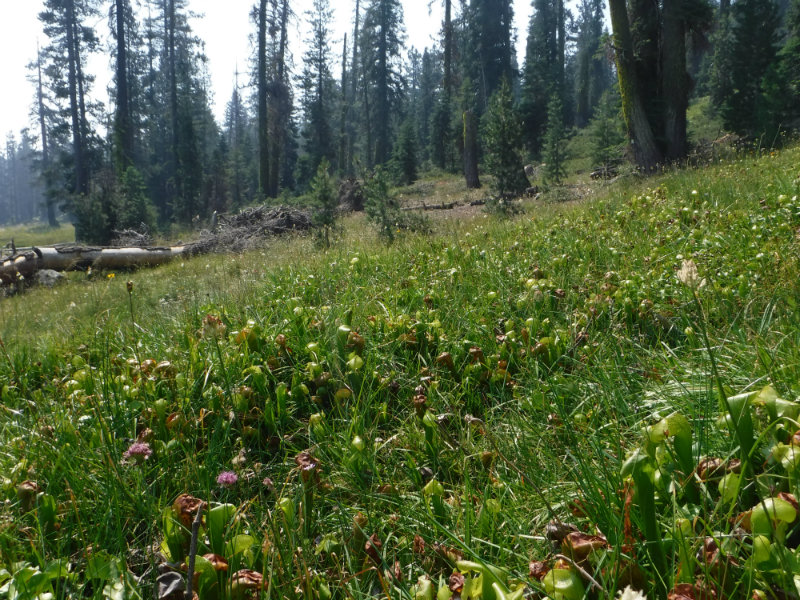 The plants were very tightly packed into one area. 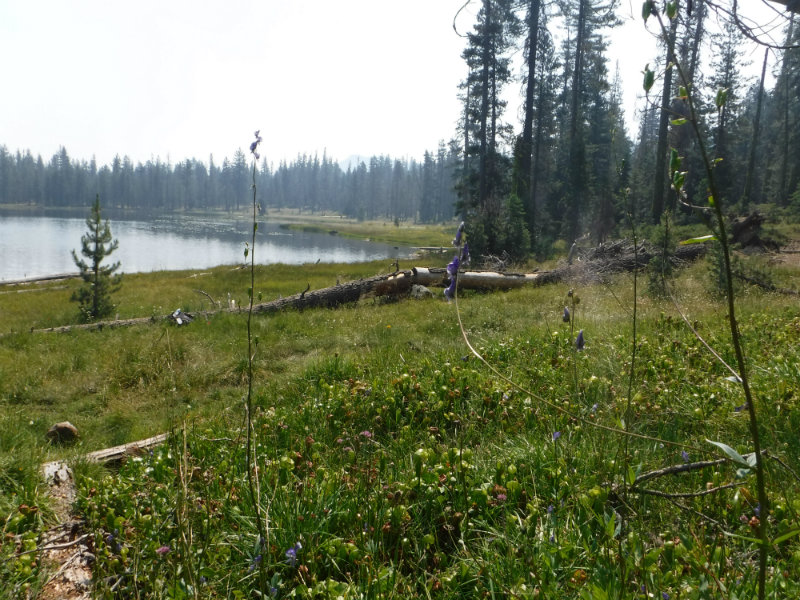 As you can see there were other neat plants growing alongside the Darlingtonia. 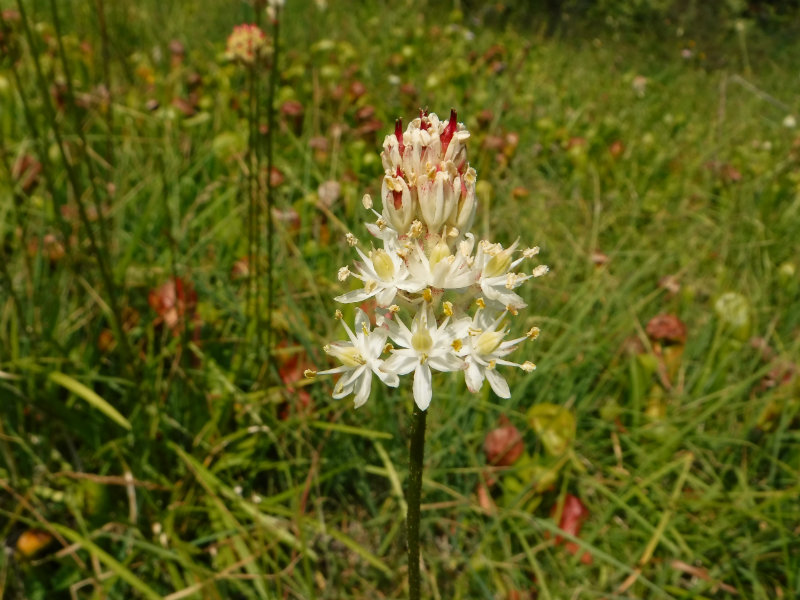 Once again we find Triantha occidentalis growing with Darlingtonia. 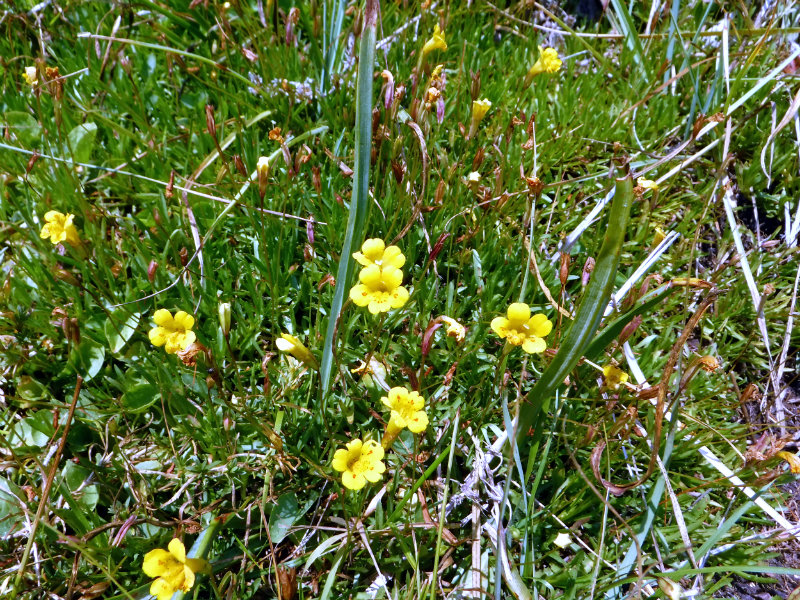 Mimulus sp. are also are a frequent sighting near Darlingtonia. 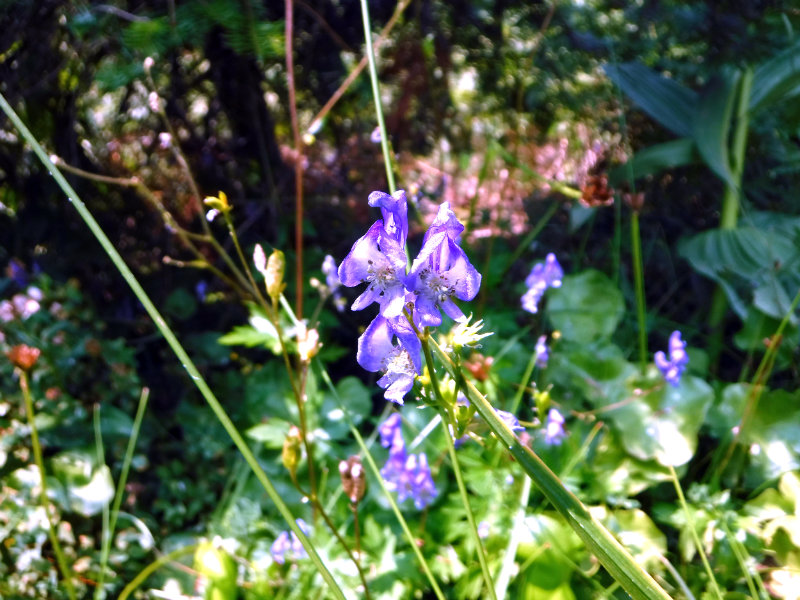 Aconitum columbianaum was prolific.  A very odd member of the Buttercup family.  At first, I thought it had to be a Delphinium.